Saint-Riquier, rebirth of an Abbey

A documentary produced by France 3 for the magazine "Why seek further": Saint-Riquier, rebirth of an Abbey.

Owned by the Somme Departmental Council since 1972, the Royal Abbey of Saint-Riquier now hosts a cultural center dedicated to live shows, with a rich, diverse and high-quality program.

It was founded by the future Saint Riquier in 625, on a source, the object of a very ancient pagan cult. The abbey became royal in 632 under the protection granted to it by Dagobert I. It was Charlemagne himself who entrusted his son-in-law, Angilbert, with the construction of a new and vast abbey with the noblest materials, thus forging a model of religious architecture for ecclesiastical buildings in the West. Thanks to a library that has become, over the centuries, one of the most important in Europe, and to a scriptorium active in particular in the creation and dissemination of the tiny carolina, the abbey plays a considerable role in the conservation and transmission of knowledge until the end of the 12th century. A jewel of Gothic architecture, the Abbey has experienced many destruction due to fires and looting but remains today one of the most beautiful buildings in France, in particular thanks to the work carried out by Charles d'Aligre in the 17th century. The Royal Abbey is today a departmental cultural center dedicated to live shows: theater, dance, music ... For more than thirty years, the walls of the abbey church have resounded, every summer, to the harmonies of musicians coming to perform at the Festival de Saint-Riquier - Baie de Somme to the delight of music lovers. 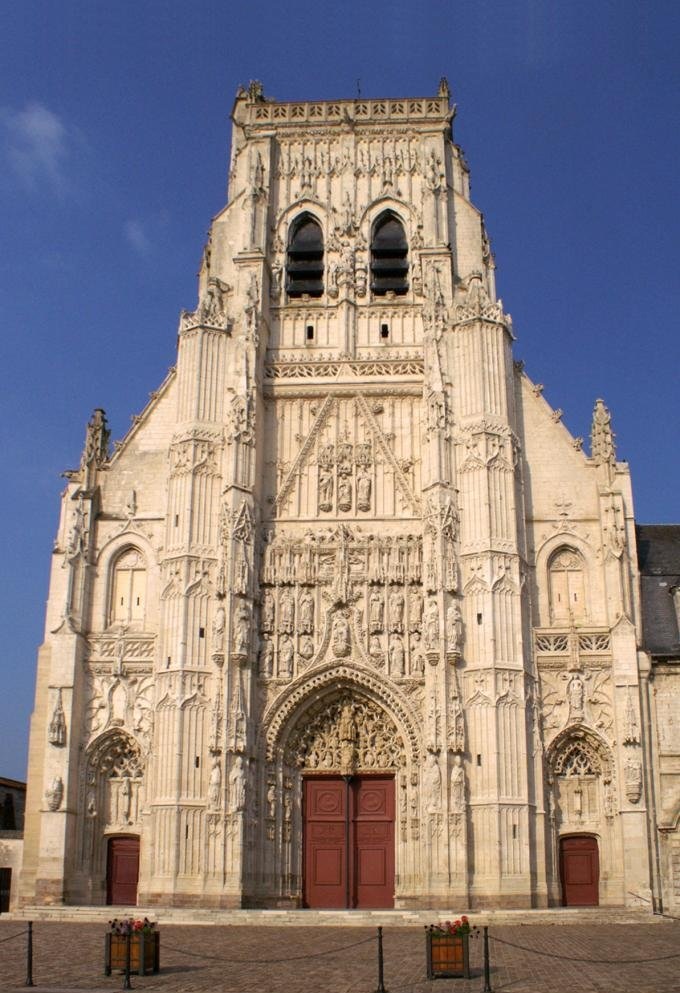 The Abbey Church of Saint-Riquier is a unique example of the evolution of Gothic architecture, exhibiting elements belonging to early Gothic, classical and flamboyant. The facade of the abbey dates from the beginning of the 16th century and has the particularity of being dominated by a single central tower which rises to 50 meters, without windows, allowing a deployment of statues embedded in a dense network of arches and of lines. The central tympanum, representing the tree of Jesse, is crowned by a statuary representing the Trinity, two abbots and the apostles. It is overlooked by depictions of the Coronation of the Virgin, Saint Michael, Adam and Eve, the prophets Moses and Elijah. Since the 20th century, numerous works have been undertaken to restore elements of the various faces, in particular the buttresses and the interior facings. The western facade was completely restored by reconstituting certain elements of destroyed statues and revealing many polychromic elements. The abbey, owned by the city, became a parish church during the French Revolution. It and 28 of its 59 statues are classified historical monument by Prosper Mérimée from the first decree of 1840. 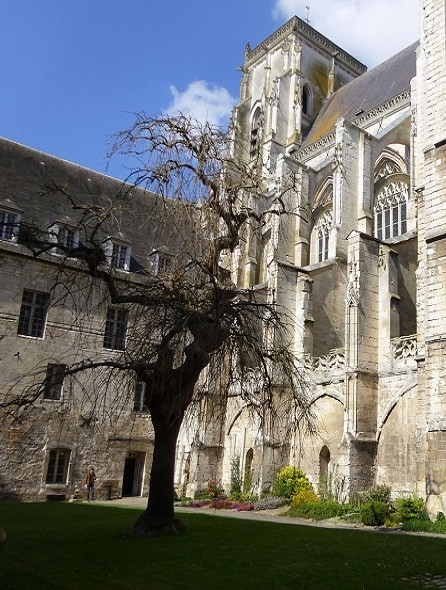 In the 19th century, the greatest authors, including Victor Hugo, notably admired the two impressive statues which adorn the pillars of the nave and which recall the important stage that was the Royal Abbey of Saint-Riquier on the paths of Saint- Jacques de Compostela. The wings of the abbey, in the 17th-18th century style, house not only a theater dedicated to live shows but also exhibition and seminar rooms. 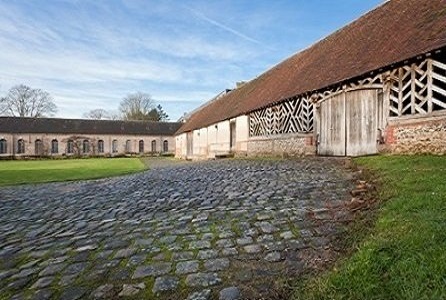 The "small schools" installed in the park, in the extension of the east wing, were built in the 19th century to house the classrooms of a minor seminary. Two Picardy barns from the beginning of the 19th century, from Omécourt in the Oise, were reassembled in the Abbey park during the 1980s, respecting traditional materials and techniques.

The abbey dwelling is one of the most authentic testimonies of the 17th century Maurist Abbey. Built during the time of Charles d'Aligre, it was bought during the Revolution by the parish priest and then used by the minor seminary. It remained largely intact until the German military occupation. 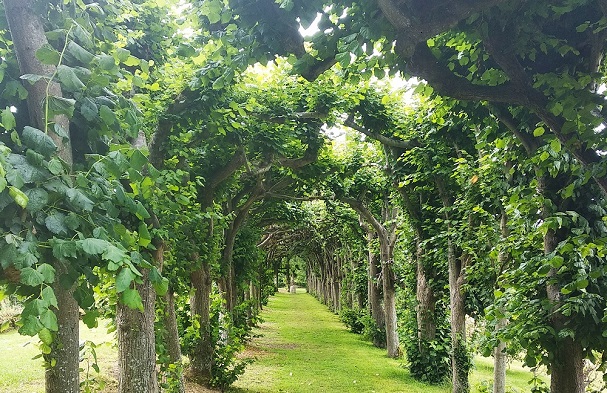 The park and the gardens

At the bend of a promenade, one can admire the Picardy barns, the "small schools" and the perimeter wall forming an almost closed square garden with trees. Over approximately 3 hectares are planted 300 fruit trees: apple, pear, cherry, peach, plum, but also chestnut, walnut and hazelnut trees, as well as around a hundred ornamental trees. The park and barns are also home to works of art, especially on the occasion of contemporary art exhibitions or on a permanent basis.